The History of the Vancouver Church

The Vancouver congregation had its beginning in the summer of 1904, when a small group of Christian Scientists began to hold informal services in their homes. 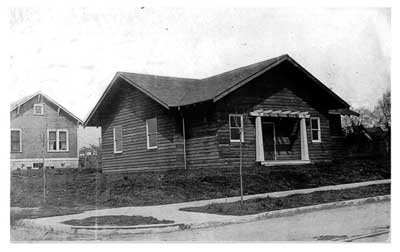 The formalities for the organization of a church were completed on October 19, 1912, and on November 30, 1912, a charter was granted by the State of Washington.

In the winter of 1930-31, the existing building was remodeled and enlarged and a new Sunday school annex was added making it possible to hold Sunday school and church services at the same hour. In 1934 the loan from The Mother Church was repaid and a church dedication was held.

In 1954 it was decided that there was need for a larger church and Sunday school. Land was purchased to the north and east of the building, an architect was selected, plans were drawn up and presented to the membership, and in 1955 the plans were approved and it was voted to proceed at once with construction.

The new church of Norman brick in tans and brown was built with very little disruption of services. The auditorium and foyer were erected and the first services were held in the new church on July 25, 1956. 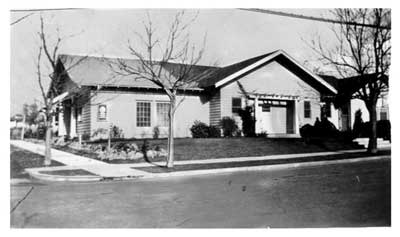 In the year 2004, two centennial celebrations were held to mark the occasion: one was musical in nature and the other similar to the previous dedication celebration. Five bound documents commemorate research done in preparation for the centennial and are kept in the church board room.  These include:

“Church.  The structure of Truth and Love; whatever rests upon and proceeds from divine Principle. The Church is that institution, which affords proof of its utility and is found elevating the race, rousing the dormant understanding from material beliefs to the apprehension of spiritual ideas and the demonstration of divine Science, thereby casting out devils, or error, and healing the sick.” Science and Health with Key to the Scriptures by Mary Baker Eddy, page 583, line 13.